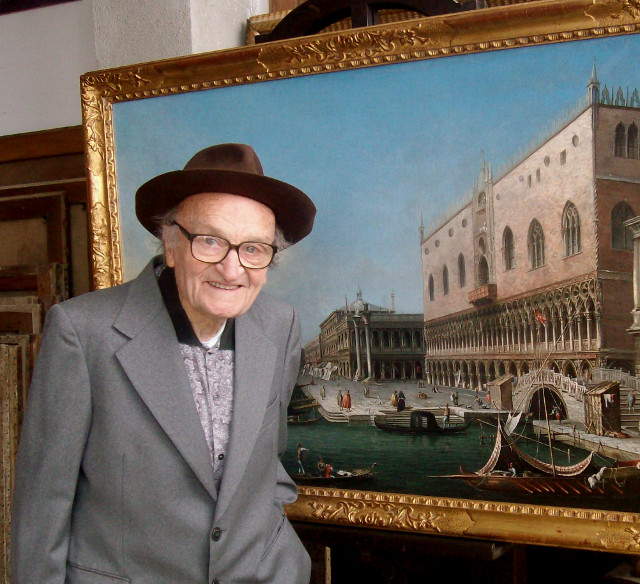 Born in 2015, by spontaneous initiative and at the same time felt by his students, by the collaborators of life and primarily by the family, as an immediate response to the need to gather the knowledge of Guido and in his memory handed down over time.

The Association is based in Aramengo, in his home-workshop, the historical place where he worked hard without ever ceasing to teach and learn.

A Statute shared by the Founding Members illustrates its purposes and potential, non-profit, in complete dedication to the “sector of conservation of cultural heritage, restoration and enhancement and the study of historical and artistic heritage”, as the Art. 3 that we report for the curiosity and interest of anyone who cares about the most precious aspect of our culture, offering the opportunity to join the Association as Ordinary Members or Supporters according to the simple procedures reported in the Statute itself.

The statute of the Association “Guido Nicola per il Restauro” -
Art. 3 - Purpose

The Association is non-profit and intends to carry out activities of social utility, towards its members and third parties, in the field of conservation of cultural heritage, restoration and enhancement and study of historical and artistic heritage.

For the pursuit of its purposes, the Association carries out its activities in the manner and with the tools that will be deemed appropriate for the achievement of the statutory objectives such as, by way of example, the adhesion to cultural events, both cultural and specialized, also in collaboration with public, private or academic institutions, the establishment of scholarships, the organization of educational and training initiatives such as, for example, school, improvement and updating courses, conferences, conventions, debates, seminars, internships, study and research groups, study trips, archive management.

The Association may also carry out, in compliance with the law in force on the subject, publishing activities, both traditional and through the web, taking care of the creation, publication and dissemination of texts relating to the object of its action, medias, websites, periodicals, magazines, newspapers, conference proceedings, seminars, studies and research for the spread and distribution of the activities of the Association.

For the realisation of its purposes, the Association can also participate in committees, other associations, companies, public and private institutions and set them up.

In a subsidiary and not a conventional way, the Association will be able to carry out commercial activities aimed at pursuing its aims.

Throughout the life of the Association any attribution to shareholders, even indirectly, of profits or administrative surpluses, as well as funds, reserves or capital is prohibited. 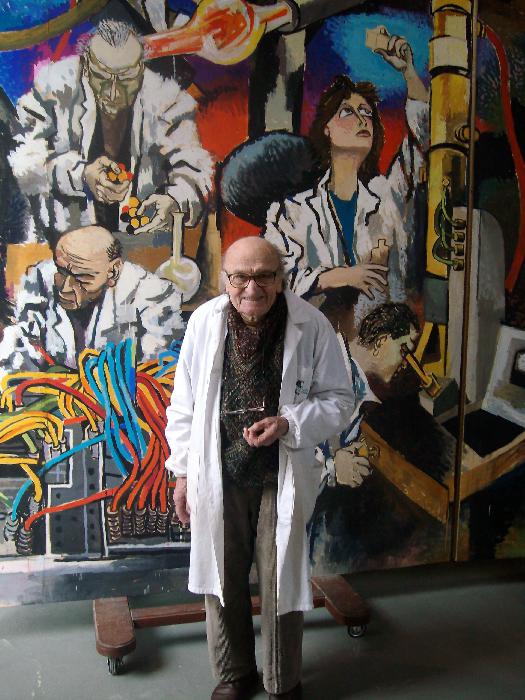 “..the ancient artisan origin in the very first formation of it in some way remained indistinctly in the air, like a memory, a distant echo; but then they hit the modernity of the equipment, the rigor of the management of the laboratory, with the scientific documentation and the library, ordered and always growing”
from » L'eccellenza italiana: le persone, Giorgio Bonsanti, Kermes, n.96 ott-dic 2015

“The restoration in Piedmont has grown and matured with Guido Nicola, with his solemn trust, as a good craftsman, in the manual practice and the familiarity with the ancient techniques, but without negative prejudices on the new survey technologies that he introduced in Italy among the firsts”
from » Un ottimo medico perché conosceva i suoi pazienti, Giovanni Romano, Il Giornale dell’Arte, febbraio 2015

An eclectic and straightforward figure at the same time, elusive to any labelling: this is the profile of Guido shared by the scientific community that describes its role in the world of restoration and conservation, in some articles published in his memory and available here. We recognize him the merit of a forerunner of a new feeling in the Theory of Conservation, "without hierarchies of genres and functions", available to the care of masterpieces as complex and diversified works because of ages, materials, state of conservation: his personality "accorded beautifully with the laborious elaboration of a new theory of generalized protection".

What remains to those who have known him is the natural "familiarity" that Guido used to establish with works of art in need of care, hundreds of them passed between his hands and in front of his eyes, careful and energic, animated by the curious intelligence that makes simple men great.

Manual skills, technology and science in an artisan restoration workshop